The two most prominent cryptocurrencies, Bitcoin and Ethereum, both made new highs in recent weeks amid a debate on whether they’re capturing the attention of long-term investors or being lifted to higher levels by waves of speculative buying in a world awash with stimulus.

The age of Ethereum

The second-largest cryptocurrency by market value after Bitcoin has seen its price soar by more than 25% this past week to discover record heights. Exchange operator CME group launched its first Ethereum futures contract on Feb. 8, another offering in the crypto market alongside its bitcoin futures and options.

Grayscale reopened its Grayscale Ethereum Trust to new investors, after having to block newcomers for administrative purposes in late December. In a week alone, the trust has seen inflows of nearly 100,000 ETH. Grayscale now manages almost $5 billion in Ethereum.

JPMorgan estimates that initial volumes in Ethereum futures could be low, much like bitcoin in the early days, but say this is likely to change quickly. Negative price dynamics could follow this week’s listing of Ethereum futures contracts as some holders of physical Ethereum can hedge their exposures.

Bill Miller, an acclaimed hedge fund manager, has reserved the right for his multibillion-dollar flagship portfolio to add bitcoin exposure by investing in Grayscale’s Bitcoin Trust (GBTC). This is according to its filing with the U.S. Securities and Exchange Commission (SEC).

As one of Bitcoin’s earliest proponents among well-known investors, Miller previously mentioned in 2014, he owned the cryptocurrency personally. He now plans to drive 15% of the Miller Opportunity Trust’s $2.25 billion assets into Grayscale’s Bitcoin Trust.

The news comes a fortnight after Miller signed an income strategy letter hailing Bitcoin as an “emerging and under-owned technology in an enormous addressable market” with a “brilliant, logically consistent protocol with distributed governance.”

Miller in January told CNBC that he predicts bitcoin will surge 100% in 2021 as more investors add the coin to their portfolios as a hedge against inflation. He encouraged fellow investors to consider holding 1–2% of their portfolios in bitcoin rather than in cash, as cash is a “guaranteed loser” and will lose at least 2% of its value each year with the current inflation rate. 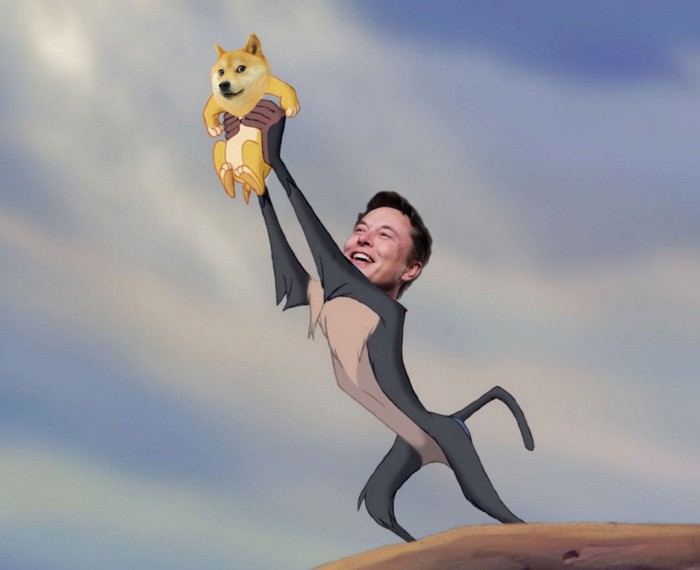 The ripple effect of celebrity tweets on the cryptocurrency market has become an intriguing topic of debate after last week when Elon Musk triggered sizable price surges for Bitcoin (BTC) and Dogecoin (DOGE).

Blockchain Research Lab published recently released a paper on how Musk’s Twitter activity moves cryptocurrency markets. There have now been six occasions when the SpaceX and Tesla CEO has tweeted about crypto. Not every post affected Doge or Bitcoin’s price, but two did result in significant cumulative abnormal returns.

Dogecoin, the tongue-in-cheek cryptocurrency featuring a Shiba Inu dog as a mascot, briefly touched a record Monday after Musk, rapper Snoop Dogg and Kiss bassist Gene Simmons all tweeted about it.

As the richest person on earth, and eventually mars, Musk holds enormous sway, emphasised by the market’s reaction to multiple tweets about Dogecoin recently. Snoop Dogg pinned a tweet saying, “Snoop Doge.” Simmons pointed out how much people could have made if they were earlier purchasers of Dogecoin. Speaking on social audio app Clubhouse on Feb. 1, Musk said he’s a supporter of Bitcoin and that he thinks it’s “a good thing.” He added that his comments on Dogecoin were meant as jokes.

The biggest impact Musk had on the Bitcoin price was on Jan. 29, when he added the word “Bitcoin” to his Twitter bio, setting off a chain reaction in the market. The value of Bitcoin surged within minutes of the new addition to Musk’s Twitter profile and climbed nearly 20% in the hours.

Tesla has purchased $1.5 billion of Bitcoin, according to a 10-K filed with the Securities and Exchange Commission (SEC).

The electric car manufacturer said it plans to accept Bitcoin as a form of payment in the near future. While Tesla is not the only company holding Bitcoin, multiple Fintechs now do, they are the highest-profile publicly-traded company to commit to the cryptocurrency.

India Goes Against the Grain

“India is on the verge of banning a trillion-dollar industry instead of using it to strengthen its national security, economy, currency, technology, and foreign policy,” wrote angel investor Balaji S. Srinivasan on India’s decision to ban cryptocurrencies.

It’s hard not to feel that countries banning cryptocurrencies are removing themselves from an imminent decentralised internet. As we find ourselves on the precipice of change and widespread adoption — it’s like leaving the party before it even begins.