The current influx of capital into crypto markets comes at a time of unprecedented economic uncertainty. It does, however, represent a milestone shift in the public’s perception of cryptocurrencies, which has us at Wisly holding on to our seats.

What was once seen by most as a speculative asset with eye-popping return potential has now captured the attention of the broader business community and individual traders alike as the future of world currency. 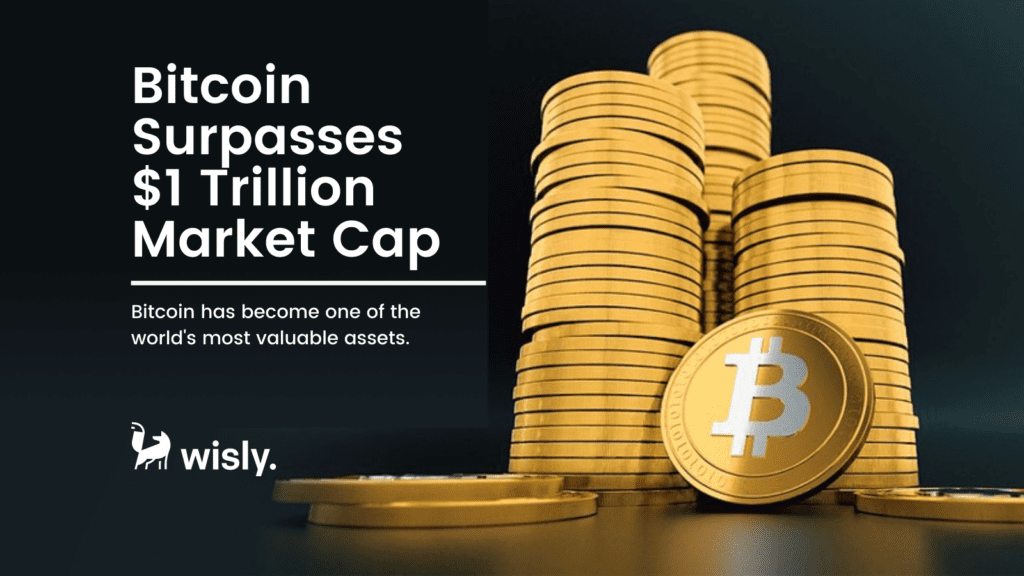 Speculators, corporate treasurers, and institutional investors are thought to be at the centre of fuelling Bitcoin’s bullish climb. Crypto believers are duelling with sceptics for the dominant narrative around the recent ascent. The believers recognise an asset being embraced for its ability to hedge risks such as inflation. Simultaneously, the sceptics sense an uncertain mania riding atop waves of monetary and fiscal stimulus.

This month, MicroStrategy recorded a sale of convertible bonds to $900 million to buy more Bitcoin, while Tesla disclosed a $1.5 billion investment in the cryptocurrency. These significant moves have brought the leading coin even further into the limelight.

“If companies’ fundamentals are going to become closely tied to movements in Bitcoin because they’ve suddenly become speculators on the side, we’re going to be in bubble territory before you know it,” said Craig Erlam, senior market analyst for Oanda Europe Ltd.

In a tweet, Elon Musk said Bitcoin and Ethereum prices “seem high”. The world’s richest person was replying to Peter Schiff — a crypto sceptic and gold bug — who said the precious metal is better to hold value than Bitcoin and fiat money.

“Having some Bitcoin, which is simply a less dumb form of liquidity than cash, is adventurous enough for an S&P 500 company,” Musk wrote, adding that Tesla’s decision to buy Bitcoin wasn’t a direct reflection of his opinion. “To be clear, I am ‘not’ an investor. I am an engineer. I don’t even own any publicly traded stock besides Tesla,” he explained.

However, Dan Ives at Wedbush Securities says Tesla has already made a considerable profit of around $1 billion over the past month from its Bitcoin bet. “To put this in perspective, Tesla is on a trajectory to make more from its Bitcoin investments than profits from selling its EV cars in the whole all of 2020,” he noted.

Crypto advocates such as billionaire former hedge fund manager and Galaxy Digital founder Mike Novogratz are looking to position themselves for even larger gains in a pre-emptive boom. “Crypto is being institutionalised at an accelerating rate. It’s all part of this accelerating evolution of being a store of value.” Novogratz explained.

While high-profile Bitcoin action from Tesla and MicroStrategy may have grabbed the headlines recently, Novogratz believes many more companies and pension funds seek to follow in their footsteps.

He said, “We want Galaxy to be seen as the smartest guys in the room when it comes to crypto. We want to be at the centre of the action.”

Questions about the influence of Tether continue to spiral in cryptocurrency markets, even as the companies backing it defend the reliability of stablecoins.

Tether, and those behind it say it’s an equivalent ratio of value to that of the dollar and is used as a transaction gateway to move between cryptocurrencies and fiat money. It has a market capitalisation of $34 billion and is often used by traders as a place to park funds at times of high volatility. Many consumers in China use it as an easy entry path into the digital-asset market.

JPMorgan Chase & Co. strategists Josh Younger and Joyce Chang mentioned Tether in a report last Thursday. They believe the platform engages in classic liquidity transformation similar to that of traditional commercial banks but without the same strict supervisory and disclosure regime.

“Were any issues to arise that could affect the willingness or ability of both domestic and foreign investors to use Tether, the most likely result would be a severe liquidity shock to the broader cryptocurrency market, which could be amplified by its disproportionate impact on high-frequency-trading-style market makers which dominate the flow,” the JPMorgan strategists added.

He said, “It was about April 2019 that Tether came under investigation by the New York Attorney General. Since then, they remain under the microscope, yet their management assets have jumped to about $30 billion from around $5 billion. It seems the market doesn’t care.”